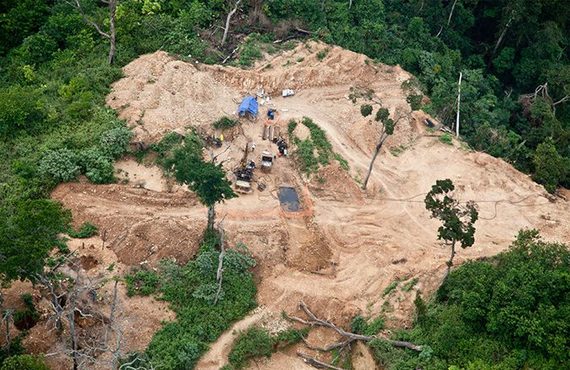 The climate in the license area is a tropical monsoon climate although, this has been categorized by the World Wildlife Fund as part of the Guinean forest-savanna mosaic ecoregion. It could also be describe as a climate that is transitional between a continually wet tropical rainforest climate and a tropical savanna climate.

There are two main seasons determining the agricultural cycle: the rainy season from May to November, and a dry season from December to May, which includes hamattan, when cool, dry winds blow in off the Sahara Desert and the night-time temperature can be as low as 16 °C (60.8 °F). The average temperature is 26 °C (78.8 °F) and varies from around 26 °C (78.8 °F) to 36 °C (96.8 °F) during the year. Average rainfall is highest at the coast: 3,000–5,000 mm per year; moving Annual Report on Exploration Progress Page | 9 inland this decreases and at the eastern border of the country, the average rainfall is 2000- 2500mm.

Geographically, Sierra Leone is bordered to the northwest, north and northeast by the Republic of Guinea and to the southeast by Liberia. To the south and southwest lies the Atlantic Ocean. A flat plain up to 110 km (70 miles) wide stretches the length of the coast except for the Freetown Peninsula, where the Sierra Loa Mountains rise to 1,000m (3,280ft). In some coastal areas, sand bars have formed that stretch out as far as 112km (70 miles).

Behind the coastal plain is the central forested area, drained by eight principal rivers, which has been cleared for agriculture. The land rises in altitude eastwards to the Guinea Highlands, a high plateau with peaks rising to over 1,830m (6,000ft) in the Loma Mountains and Tingi Hills area.